Three Decades of SR&ED: Can we afford not to do better? CATA's Sr. VP Advocacy Russ Roberts Calls for Community Guidance on New Approaches to Stimulate Innovation & Commercial Success
February 8, 2016

Three Decades of SR&ED: Can we afford not to do better? 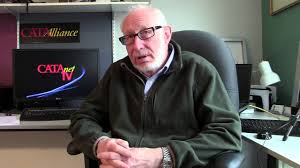 By Russ Roberts, Sr. VP, CATAAlliance, Canada’s One Voice for Innovation Lobby Group (Read full version with footnotes at: https://docs.google.com/document/d/1ZQ2B6ZYoItt0k_CqWtwTbdfyLNY5mO8VkDdglJEQR-Q/edit?usp=sharing) The Scientific Research and Experimental Development (SR&ED) Tax Incentive Program was created 3 decades ago.  Since then, the program has more than doubled even after adjusting for inflation.  It seems to have peaked in fiscal 2008-2009 when about $ 4.1 billion of tax assistance was provided to over 18,000 "claimants".  In fiscal 2013-2014, tax assistance was down at about $ 3.3 billion with around 25,000 "claims" processed.  The program is a considerable source of tax revenue for the Government with CRA generating a reported $534 million in 2013-2014.

By 2008, the compound annual growth rate reported by the Government's consultant to the Minister of National Revenue Jean Pierre Blackburn was 11.4%.  And, CRA was making significant comment about program abuses.  Albeit, to my knowledge, CRA has never tabled support for these comments nor is it reflected in current jurisprudence.

Actions apparently focused on taming the program, and freeing up monies for direct funding programs and deficit reduction include:

CATA has argued that well over a billion dollars of support to Canadian business was lost through these actions.  We believe that this is beyond any reduction related to lower private sector R&D investments resulting from the 2008 recession.  Nonetheless, the program is still the primary source of support for R&D to the business community.

The new, "consolidated" policies and associated review practices have resulted in a low level, micro oriented approach to SR&ED.  The result can be the fragmentation of an SR&ED project into multiple, small component projects related to individual uncertainties.  The policies had previously emphasized the efficient structuring of SR&ED projects at the highest level reasonable to avoid this problem.  With the current low level focus it can be extremely difficult, particularly in ICT claims, to isolate ineligible work from work that is eligible to the satisfaction of the CRA's reviewers.

This new approach has evolved from a basic textbook depiction of the scientific process that cropped up in early jurisprudence. This jurisprudence has been very much tempered by recent court decisions that reflect a broader, higher level perspective of how SR&ED occurs.

An increased number of Notices of Objection (appeals to the CRA) and court cases have been associated with these evolutions.  The Appeals Branch of CRA is reconfirming the vast majority of the recent positions taken by CRA reviewers.  On the other hand, judgments in recent court cases, while mixed, are trending in favour of claimants in a number of important cases.  The decisions are sensitive to the incentive nature of the legislation and tempered by it.

A consistency is that the courts repeatedly question the objectivity - not the credentials or professionalism - of CRA officials.  In 2009, the Minister of National Revenue's own consultant strongly questioned the objectivity of CRA's second opinion and appeals processes, and argued that CRA's current redress systems needed to be changed to provide truly objective opinions.  Is it not time that CRA address this issue?

So what we have today is a program that's become increasingly complex, one in which claimants' advisors play an increased role in identifying SR&ED, filing claims and dealing with CRA.  The objectivity of CRA reviewers and management has been questioned.  And, the CRA has demonstrated difficulty in achieving and maintaining an effective balance between the incentive nature of the program and their normal role in tax compliance.


The sensitivity of a country's tax administrators to how businesses need to manage their R&D and the predictability of a program intended to support R&D is critical.  Even the best incentive on paper has little value, unless administered with sensitivity and predictability.

Today, the uncertainties are sufficient that some advisors are cautioning their clients to significantly discount the SR&ED credits when they're making decisions on where it's best to invest.  Even so, the credits represent a very valuable source of support with over 60% of what is filed being processed with minimal hassle.  It's the reasonableness of the review process that's the challenge.

The evolving jurisprudence and the concerns about the program's complexities seem to indicate the need for a more balanced, sustainable approach to the management of the claim reviews.  In the past, when there has been clear ministerial leadership, the CRA operated with a more sensitive mindset.

A challenge for CRA managers is that some CRA employees see SR&ED simply as a "giveaway program".  After 30 years of hearing this, the question remains how to change this mindset.  Or, can it be?  I would argue that the Government needs to find ways to have CRA correct this mindset on a permanent basis.  The costs incurred by claimants whenever the CRA shifts around can be huge to Canadian businesses.  It is unacceptable.  Also, clearer, more functional policy is needed.

We know that current program management is aware of the challenge and is working to promote better balance and predictability; and to provide better explanation of how the policies work, including how they apply to ICT claims.  However, past experience suggests any improvements they achieve may be transitory without strong, ongoing encouragement from the Minister.

Despite three decades of SR&ED and billions of dollars of tax assistance each year, we are still very much concerned about the lack of R&D investment by Canadian business and the failure of Canadian firms to be growth oriented.  Recent macroeconomic work suggests that SR&ED can be better optimized / structured.  It even questions whether some aspects of SR&ED may be counterproductive to the overall effectiveness of the incentives to business growth.  (For example, papers by John Lester and by Mark Parsons. )

The SR&ED legislation is complex and there are many different beneficiaries of the credits.  No substantive microeconomic studies have tried to sort out who is receiving what and how beneficial are the multiplicity of incentives encompassed in the legislation.  That is, after 30 years and repeated calls for the indepth review of the program by the Auditor General and others to evaluate its effectiveness, is it not time that the Government commission such reviews, find out what is really going on, and focus the program on its most productive elements?

For example, it's possible that a lot of what's currently being claimed as SR&ED may actually have been found after-the-fact.  Work can be claimed in a current year, but earned in previous years in situations where claimants had not identified the need for SR&ED.  So, did the SR&ED tax assistance have the desired influence on the firm's decisions?  Are serendipitous claims and their windfall credits consistent with a well designed incentive program, or is some structural change to the legislation needed?

Is it not time to revisit SR&ED to identify what it is contributing to business innovation and growth, and what the root causes of inefficiencies are; and to free up funding to support new incentives more specifically focused on businesses wanting to grow through innovation?  Can we afford not to find out what can be improved instead of simply continuing to support the status quo?