Federal Budget 2016 Next Steps: Call to Action for Tax and Innovation Advocacy
March 28, 2016 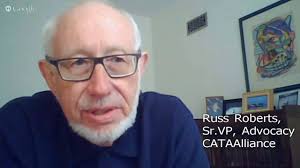 ++ Action Item: In the coming year, the government will undertake a review of the tax system to determine whether it works well for Canadians, with a view to eliminating poorly targeted and inefficient tax measures. Please refer to the IT Business background interview below and then confirm your interest in providing Guidance for CATA’s Tax and Innovation Advocacy by contacting our Sr. VP of Advocacy Russ Roberts at roberts-bishop@sympatico.ca


Dr. Roberts will, upon request, provide White Paper(s) and Blog posts prepared for this review.


Canada’s technology industry can look forward to the federal government investing half a billion dollars’ into the country’s digital infrastructure, more than $70 million into workforce training, increased startup funding and support – and to retaining a lower tax rate on stock options, under the budget released today by Liberal finance minister Bill Morneau…


As requested, the Liberals have also committed to supporting scientific research and development, and as predicted, dropped their proposal to fully tax individual stock option gains exceeding $100,000, an initiative which had been controversial in the tech industry.

As noted in a previous feature on ITBusiness.ca, tech companies – especially startups – frequently rely on stock options to compensate their top talent, a fact that Morneau himself acknowledged to reporters.

“I heard from many small firms and innovators that they use stock options as a legitimate form of compensation, so we decided not to put that in our budget,” the finance minister told reporters, including the Globe and Mail, adding that increasing options taxes in future budgets was “not in our plan.”

“Overall, [the budget] has a lot of potential,” Gupta says. “We need to work through the details… but generally, and I think from ITAC’s point of view, we’re quite pleased with the budget’s key focus on the tech sector.”

Russ Roberts, senior vice-president of advocacy for the Canadian Advanced Technology Alliance (CATA), was more encouraged by what the budget didn’t specify than by what it did – particularly the lack of detail in the “Helping High-Impact Firms Scale Up” initiative, which he says indicates the government intends to conduct a review that will decide precisely what “high-impact” means.

“It’s an important budget, because it’s laying out a review – a very extensive review – of the government’s support programs for innovation over the next year,” Roberts says. “We have been looking for such a review, particularly one that focuses on [Scientific Research and Experimental Development (SR&ED)] tax incentives, which are included… They’ve brought in some interim programs while they do the review, but the essence of what’s going to happen is that we’ll have to wait and see where they get to.”


The Canadian Advanced Technology Alliance (CATAAlliance) is Canada's One Voice for Innovation Lobby Group, crowdsourcing ideas and guidance from thousands of opt in members in moderated social networks in Canada and key global markets. (No Tech Firm Left Behind)