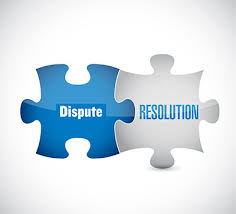 “An effective SR&ED Dispute Resolution approach leads to a more effective SR&ED incentive program and is one of the keys to driving Canadian innovation excellence.” (CATAAlliance)

Ottawa, ON... CATAAlliance has launched an SR&ED Dispute Resolution Advocacy Initiative as part of its Competitive Innovation Nation Campaign that aims at moving Canada to number one ranking in competitiveness and innovation. The Alliance is calling on the Minister of National Revenue, the Hon. Diane Lebouthiller, to adopt new and or much improved Dispute Resolution approaches, as part of implementing her Ministerial Mandate.

Initiative leader, Russ Roberts, with more than 30 years of public policy experience, spoke to the issue in a recent TechNOW interview, as part of a set of 6 Executive Interviews outlining the urgency of adopting better approaches to SR&ED Dispute Resolution. The set of video interviews is offered at this landing page: https://vimeo.com/groups/disputeresolution


According to CATA CEO, John Reid, “Our big goal is to cultivate every advantage and eliminate every barrier to competitiveness, a goal that is vital to realize the improvements that will let Canada rank amongst the highest performers as a competitive innovation based economy.”


He added, “An effective SR&ED Dispute Resolution approach leads to a more effective SR&ED incentive program and is one of the keys to driving Canadian innovation excellence.”


About CATAAlliance Interact with your Innovation Peer Group Now


The Canadian Advanced Technology Alliance (CATAAlliance) is Canada's One Voice for Innovation Lobby Group, crowdsourcing ideas and guidance from thousands of opt in members in moderated social networks in Canada and key global markets. (No Tech Firm Left Behind)